I have been told, “How can we discriminate against you? We knew you were a black woman when we hired you.” This was offered as a reason as to why I could not possibly experience bigotry in companies I have worked for. The problem with this is two-fold. The first issue is that companies do not know the unconscious biases of all their employees. One of the assumptions is that the fact that a Black woman was hired meant that everyone in an organization, including the hiring manager could not have any biases as it related to my being black or my being a female. The problem with that logic is that most, well-meaning people, are often blind to their own biases. Often it is because they have never been in a position where their biases are exposed. The second issue is the assumption that everyone in the organization is open to diversity and is willing to address any biases they may have. In other words, some of their employees have blatant biases; they are not interested in being inclusive.

Unconscious biases are automatic, unintentional, and created from deeply ingrained stereotypes. They are often shaped by the media and our life experiences. There are several different flavors of biases that a well-meaning manager, co-worker, talent acquisition or HR professional can have. Since these are often unconscious, the impact of them in a workplace environment is often hard to gauge or control. In addition, one thing that companies, hoping to change their culture, must realize is that not all of their employees believe that there is a need to change their biases. I have had friends tell me, to justify their biases, is that having them saves time verse having to figure out an individual without using them.  I have recently watched a YouTube video in which the scenes in from a diversity training video were taken apart and criticized in an attempt to belittle the topics that were being addressed to show unconscious biases  The underlying theme of the video was that the person displaying the bias had every right to do so and that the person that might have been offended was rude, oversensitive, and should have been thankful for the attention they were getting.  Therefore, even though a company would like to change the mindsets of their employees, the employee must either want to change or be incentivized to take the training seriously and understand the negative impacts these biases may have on society and, more specifically, their work environment.

Recently, a colleague of mine shared an experience with me. In a meeting discussing hiring a more diverse workforce, one of his peers commented, “we didn’t have a problem with diversity until we started hiring all these women and minorities.”  And I suppose that is a true statement. What is missing in the co-workers understanding is why it is important for a company to hire a diverse workforce, and what that brings to a team and the company. And even if he did understand, it might not be important to him, as long as he was getting paid, had opportunity, etc. In fact, I have friends that assume that if a spot is taken by a woman or minority, that the spot was “stolen” from a white male. The assumption is, often, that we are not as qualified, or able to contribute at the same level. It is not much different than the mindset of those that oppose affirmative action initiatives. Although there is a history of legacy admissions, donation admissions, etc. for less academically qualified individuals, when a place is taken by a minority or women in some programs, it is assumed that they did not have the academic achievements, and therefore did not have the abilities of their white male peers. Reading this, one might think that this is obviously a racist mindset. But I often must explain to people why I would consider it to be so.

One of the most racist comments I experienced along this line was when I was in medical school. My first semester I had bronchial pneumonia. I had spent the week before finals in the college infirmary. X-rays had been taken.  When I approached my professors about having an extra week to study for the practical exams, I was told. . . AND I QUOTE. . .. “We let you people in here and then you don’t want to do the work”. Now anyone that knew me in undergrad would have a problem with that statement. Firstly, I had all the academic qualifications as my white male peers. In addition, I worked in the lab of every professor in the bio department, worked for a veterinarian, modeled and bartended while maintaining my grades. I have run across many people that believe that if you are a minority in an academically challenging profession, that you are there because someone needed to hire a minority, but that you lack the competency to be there, that standards were lowered and that you took the place from a better qualified candidate. The impact of this on an individual is that they may get the worst projects. If they have direct reports, these individuals may not trust their manager’s/supervisor’s knowledge and go elsewhere to get information. I have had some instances where my authority as a manager has been challenged, ignored, circumvented. All of these are counter-productive in a healthy workplace. In addition, it presents the minority/woman as unqualified to do their job because they are unable to perform. In addition, if their manager doesn’t consider the challenges of hiring a woman or minority in their environment and their own biases, this can lead to poor performance reviews. I had a manager that would ask me why direct reports were not following direction. When I would open my mouth to tell him specific details of what had been occurring, he would not let me speak, but rather tell me, “I don’t want to hear your excuses.”. It was only later, when a white male was hired, who was asked to evaluate why things were not progressing, did he see what was going on. And with this particular manager, no matter what the situation was, technical information, what was said or done, regardless of data to show otherwise, he believed anyone else, regardless of experience, over me, even though I was hired to be the technical lead. In all these instances, the professor or manager, if asked, would likely deny any biases. They believe what they believe to be true about women/minorities and therefore see nothing wrong with their point of view or behavior. Sadly, women and minorities can hold the same biases towards other women and minorities. They are exposed to the same media, teachings, etc. as white males. And in most cases, if asked if they have any biases or are behaving in a discriminatory way, they would not believe they are.

From a business perspective, wanting to increase diversity and be more inclusive can be rewarding. The challenge is understanding why it has been challenging and how to resolve many of the issues. Asking all your potential talent acquisitions about personal biases is not really possible. Many of the different types of biases shown in training videos are not the types of incidents that would lead to poor retention. I have had many comments, incidents that are discriminatory occur in my career, most of them have no impact on my staying at a company. Whether it was the administrative assistant that told me that I needed to “go to church and find me a husband” or listening to the head of R&D trash talk women while I waited for a meeting outside of his office, and the list can go on. It is the micro-aggressions that prevent me from doing my job effectively that are my personal retention issues. Most of these are based off of the unconscious bias that I do not belong. These are the not being heard in meetings when I speak, the supervisor with a different set of rules for me, the direct reports that do not take direction from me, the bosses and co-workers that are offended by my knowing things they do not know (regardless of my training when compared to theirs), the bad projects that get cancelled, etc. Basically, if I can not perform at my highest level, due to biases, then I should not be there. If the biases of my supervisors and/or peers is such that it causes aggression towards me, then I should not be there. And unfortunately for companies, it is these types of incidences that are harder to define and address.

In a perfect world we would be free of biases. In a near perfect world, we would all want to be aware of our biases and address them productively. In the workplace, companies are making efforts to create a diverse and inclusive environment, yet looking back through my career, I can not see how change will occur. As a last example, on a contract I was working on, I had a supervisor tell me that she had told the person responsible for reviewing our reports that he was not treating me fairly and that he was holding me to a much higher standard than the rest of the team. This particular contractor would not accept any of my reports, saying the font was wrong. I would change the font, but when he opened it up, it was not the same as I had created. I therefore sent him pdf versions also. He would not accept those. He would not tell me what version of Word he was using, so that I could check compatibility. I was told that he did not have issues with others when their font was different. The supervisor told me that the two of us needed to figure out what the issue was between the two of us. He would not talk to me about what we could do to work together. The supervisor did not have us meet with him as a moderator. I was left to “figure it out” on my own. I never learned what the issues he had with me were. I only know that I was the only black person on the team and the only female that was a contractor that he had sending him reports. I was also the only one that he had problems with. The solution was to end my contract early.

To the comment, “we didn’t have a problem with diversity until we started hiring women and minorities”, that is a solution that is most often used. Get rid of the person that is causing the problem. But that is not the solution. I give specific examples that are based on my personal experiences. It would be easy to dismiss them as the problems are due to me and my personality. Yet when I speak to other women or minorities, especially in leadership roles, I find that they are common issues that we, as the “outsider” must deal with.   Due to this, too many excellent women and minorities leave STEM careers to work in more hospitable environments. I love what I do, and so I continue as do many of the same issues. 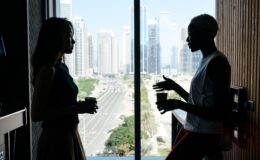